When analyzing the photos from satellite which has been sent to earth, the integrated knowledge between fields of study is required for shape, type, shadow and environment interpretation. The application of data from satellite to create new innovation and monitor natural resources, natural disaster, cultivation, land use, geography, water management, oceanology and economy. This also include how scientist see the cyclone above Mediterranean Sea, wildfire in the borderland of Portugal and Spain, plankton in the Barent Sea and outside the coast of the North Sea.

The abstract name used in the satellite map such as “the cloudless Alps” was separated into parts and then collage with the scientific photos of plants and animals. Also, other photos such as the 1614’s flower garden, cyclone, Lapislazuri from the Tun Huang cave, photo of the Hindu god of wind collaging with history, mythology, power, war, politic, social inequality, space technology and geospatial.

The questioning of the exploration of the outside world between the thing that is important but tiny in size and the tiniest thing which is also the most important. What’s behind the ongoing phenomenon in the time and space of the world which was influenced by many ways like cyclone ready to collide with the face of the earth. This caused the crash of generations, adaptation to co-exist and the journey on the never-ending conflict.

The limitation was the width of the inkjet printer and the surface of the canvas. Size has to be adjusted and the same techniques cannot be used on every layers. The other techniques will be experimented on the following work. Additionally, the texture created by pieces of cloth create many interesting textures and perspective.

The photo taken from space which see the earth from a distance. The scattered caused by cyclone collaged with the blurred believes from the past which was led through time to the real world by using history, wars, maps, places, space, movement, refuge and the unprotected fragility.

– Images of cyclone, Scientific photos including plants and animals, the image of 1614’s flower garden.

– Research of the use of blue from Tun-Huang cave, The image of Vayu, the Hindu wind god

– Collaging the image of the Alps and use the Lapislazuri blue from Tun-Huang cave as coloring to create dimension. Printed on canvas using inkjet printer and leaving the space on the border of the canvas to create white space.

– Sew over the shapes of ancient palm tree, locust, squid, starfish, ancient flowers, cyclone, Vayu. Making all these photos collage all around the base image, leaving some space in between. 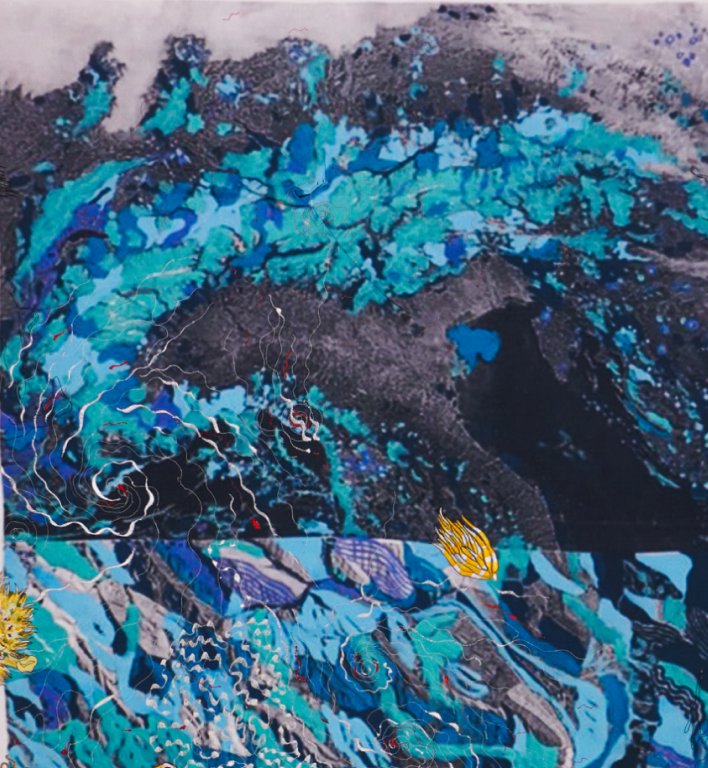 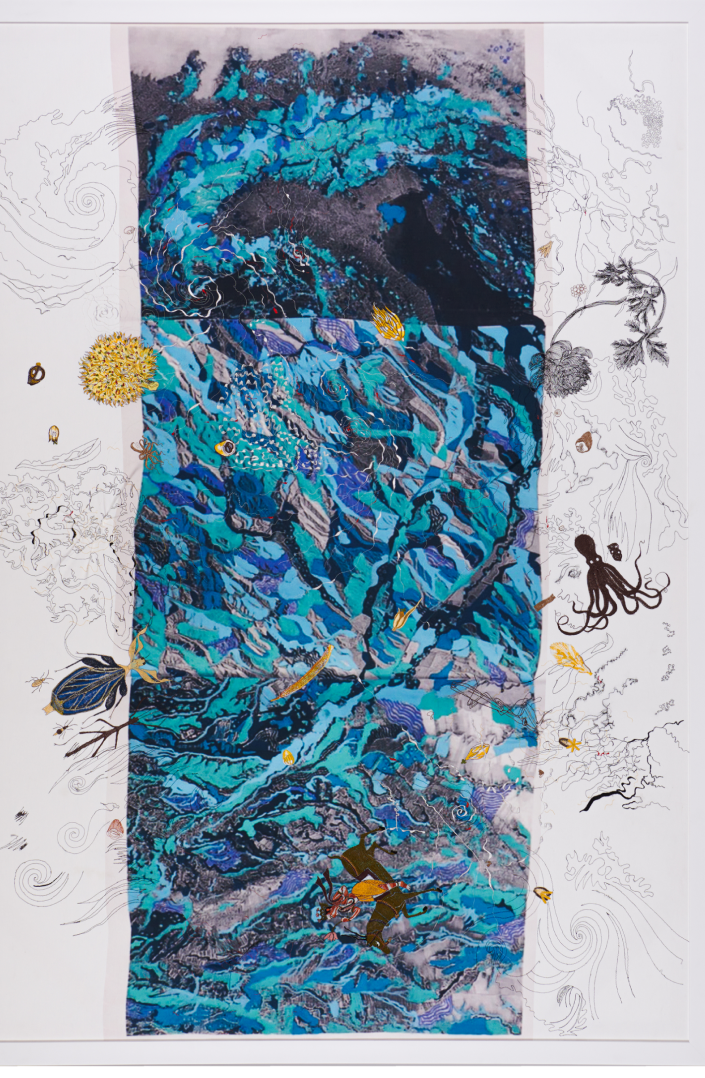