It starts with an interest in character and expression on the character’s face in the Expressionism* painting (1900-2000). that focuses on expressing one’s emotions. With the expressions of the faces, there were different characteristics. They reflecting the idea of stories and events that took place together with the details and techniques for presenting the artist’s interest
In the creative design works in this series. It is intended to be noted. Study and analyze line art Expressionism*. The structure of the expressions on the characters’ faces in the works of art. whether it is the expression of emotions, feelings, points of interest, strengths, and artistic elements.
as well as bringing the knowledge of basic visual elements such as points, lines, shapes, weights and empty spaces to be used in conjunction with the composition of art together with the use of digital tools and technologies until leading to new interpretations and creations.

Designs that are characterized by patterns and graphics that can be used to further creativity in the visual arts design Applied arts and products resulting in added value creation and benefits for further use.

Expressionism is an artistic ideology that expresses emotions. Occurred in the early 20th century in Germany. It is a reaction against positivism and other artistic traditions such as naturalism and impressionism.

This creative work Designers have a need to communicate. and presents the human emotion that is reflected through various forms in art of Expressionism by analyzing, interpreting and unraveling by applying the basic visual elements in art such as points, lines, shapes and spaces, together with the principles of art and design. Until resulting in a creative design work in the form of Graphic Illustrations that have outlines and origins from earlier art. It can also be used to extend creativity in other fields of design work. currently available that is modern and responsive to technology. 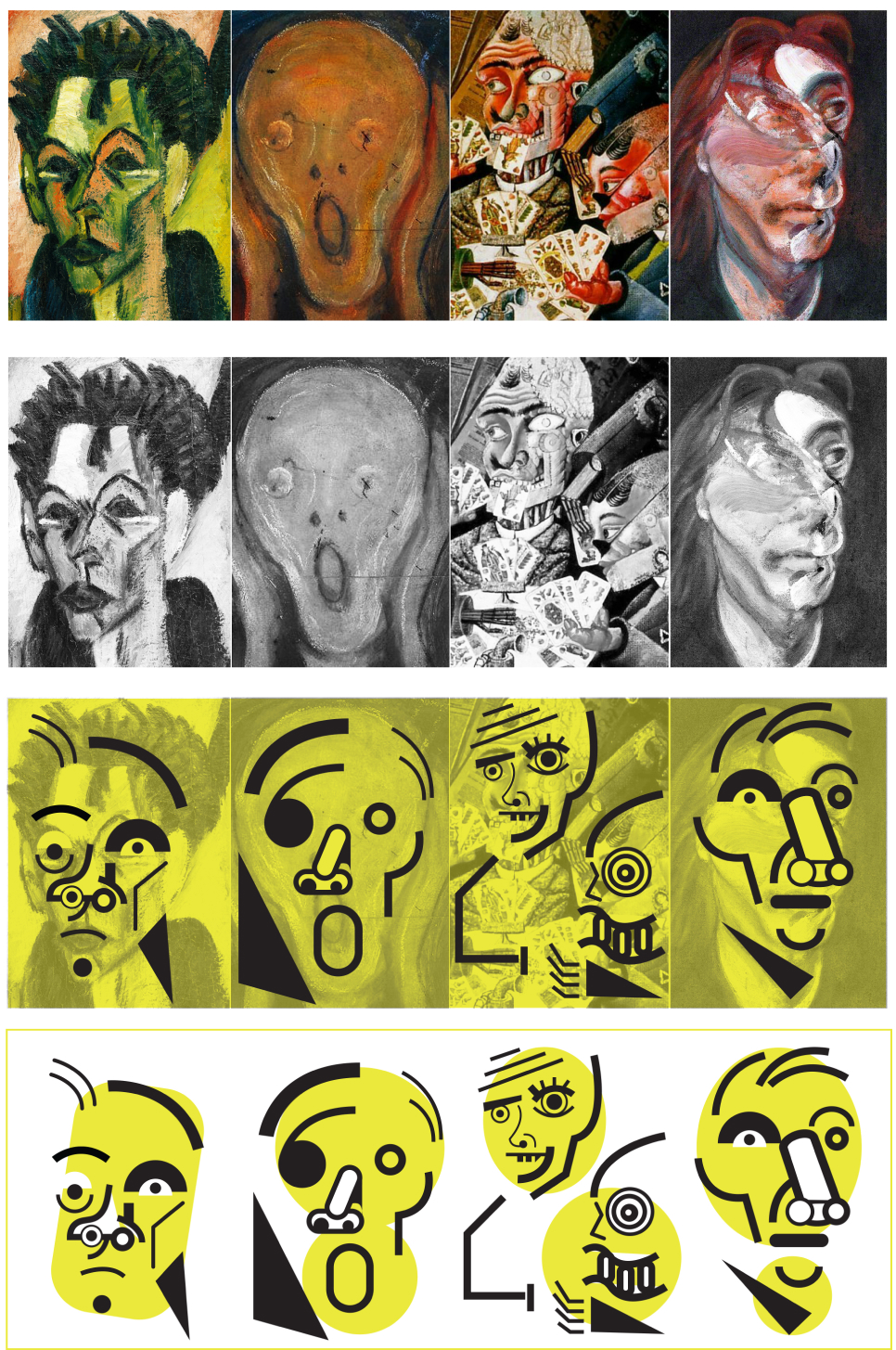