According to the work creation with the colors from nature by batik creation technique, the different color shade was obtained each time due to several intervening factors, e.g., weather, humidity, sunlight, and the duration of boiling for dyeing, banana peel freshness, indigo pot making technique, and the fabric type. These definitely affected color intensity and fastness to color stain. Soaking the drawn fabric several times, drying it in the shade, and then dyeing it again with indigos generated the darker colors. The technique and process from the trial can be adapted to dyeing other types of plants.

Indigos refers to softwood mostly living in open area, with creeping branches and arranged small leaves (Width ≤ 1 cm and length ≤ 1cm). Blooming flowers are usually red or pink, with bean-like hulls, i.e., Indigofera tinctorial L. and Indigofera suffruiticosa Mill. When they fully grow and are ready for fermentation, hulls will turn brown to black. Indigo is an ancient dye or has been regarded “The King of Natural Colors.” In the south of Thailand, indigo dye is rarely used in textile and clothing, but rather used in architectural works for house and rood painting because it can prevent UV and wood-eating insects/bugs. This is different from Isan.

Thus, this creation aimed to extract color from natural indigos found in the coastal areas of Pattani Province for creating indigo dye or the indigo fabric. This creation was based on the study of documents and interview with the experts in indigos. The results revealed that natural indigos found in the coastal areas of Pattani Province generated the ocean blue dye by color extraction process or making the indigo paste pot. To clarify, 5kg indigo leaves had been fermented with 5L sea water for 2 nights. Then, the fermented water and indigo leaves were filtrated to separate them. Next, 250g red lime was added into the filtrated fermented water. After that, it was bubbled and left for 1 night until the indigo water turned yellowish green. Later, the natural-fiber fabric was dyed with indigo. After dyeing, food was provided for the indigo paste pot, i.e., Palmyra palm vinegar or sour sugar from jaggery instead of ripe tamarinds. Palm sugar was added to substitute for cane sugar in order to generate food balance to the indigo paste pot for further dyeing. 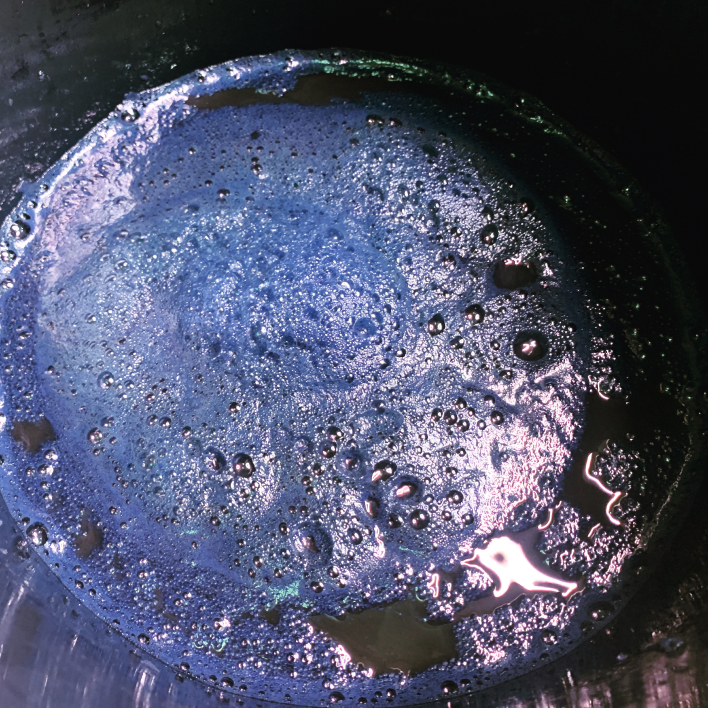 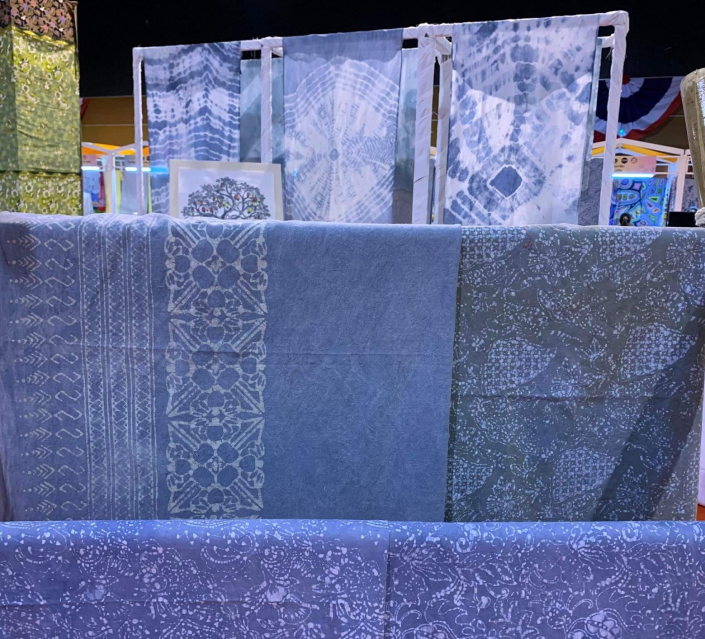